I started in the chemical industry in 1988.  Anyone long enough in the tooth to remember that time (pre-email, about 50% of companies had fax machines) will recall the product shortage that ruled the day was Titanium DiOxide (Tio2).  List price at that time for the standard Dupont R-900 grade was about $1.00/lb, and the first deal I ever put together was with a great guy, still in the business – Warren P.  We bought a truckload (40,000 lbs) at $1.50/lb FOB and sold it at $1.60/lb FOB to a company called GoldBond Products in Sumter, SC.  There were two very nice ladies in the purchasing department that must have felt sorry for me or something –  I really didn’t know what I was doing at the time, but they placed a purchase order nonetheless.  At that stage of my professional life (fresh out of the Army, 27 years old and about 4 months in the business), I didn’t have $60,000 to fund the deal; Warren funded it, and we split the $0.10/lb profit.  About 30 days later when GoldBond paid Warren, he sent me a check for $2,000.  This was the greatest day of my life to that point.  I was hooked. 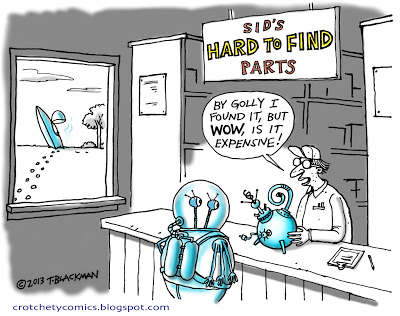 It seemed like that shortage lasted many months.  If you are under 35 years old, it must be impossible to imagine not having email to transfer offers and specs/analysis by attachment. In the late ‘80’s the fax machine was just reaching the ‘tipping point’ of adoption. The physical act of communicating information to suppliers and potential buyers was comparatively done at a snail’s pace and the entire process of conducting commerce exponentially less efficient than it is today.  To a chemical trader, ‘those were the days’.  No really, they were. I talk to some old timers in the business about the Oil Shortages of 1973 (arguably the year that the chemical trading business started), and they talk of those shortages as the true ‘gold rush’ of our industry.

Since that time I’ve seen numerous shortages with various lifespans and degrees.  The Chinese ‘cartel’ of Ascorbic Acid (aka Vitamin C) manufacturers appear to create a shortage every 3-5 years, moving prices from $3/kg to over $20/kg in one case.  That’s fun on the way up, and can be very dangerous on the way back down to $3.  The phrase ‘don’t try and catch a falling knife’ is in play on shortages such as these.  It took weeks (months?) for the price to rise 6-fold, and literally one week for the price to drop a similar amount.  Multiplying the dollar amount times 20,000 kgs per container – a lot of money can be made or lost.  I know of one company that actually made over $100,000 on each of two containers (as the price rose), and having not followed the age old principal of ‘take your first loss, it’s the best loss’ held on too long the final container and literally gave back all the profit made on the first two.  A loss of $200,000+ on one container!  It’s only money, right?

Other shortages have included products like Methyl Ethyl Ketone (MEK);this product used as a cleaning solvent in high end electronics became very short after the horrible aftermath of the Japanese Tsunami several years ago. An MEK plant in Japan (designed specifically to service the high tech industry in Japan) was knocked out and the likes of Sony, Sharp, etc… were forced to buy MEK on the open global spot market.  That shortage lasted about 3-4 weeks.

Fast forward to just a few weeks ago when the major USA manufacturer of Purified IsoPhthalic Acid (PIA) announced o/a March 1 that their plant would be out of commission until mid-late April at the earliest. Common sense thinking would assume this shortage would last several weeks.   ‘Back in the day’ we would be chomping at the bit, salivating over the import opportunities that could come from Taiwan, Korea, etc… for PIA.  Reality is that this ‘shortage’ literally lasted 2-3 days for the spot market to be open and shut.  Emails flew around the world, international text messaging ramped up, and new communication Apps like ‘WhatsApp’ allowed instantaneous communication from mobile device to mobile device transcending former barriers such as time zones.  Users of PIA placed orders in 2-3 days to cover the next 6-8 weeks of shipments (including one container I know of that was air freighted from Korea!), and the ‘shortage’ was over.

As anyone who participates in these shortages knows, it can be alot of ‘fun’, and very rewarding to assist company’s & customers who need to find product to keep their plants up and running. Those same people will recognize the many sleepless nights of owning product at well over market prices, and the fear of selling in a market that is ‘the falling knife’.

Technology continues to change and evolve our industry.  It’s exciting; fast and furious,  and creates the need for the occasional ‘all-nighter’.  And until the next ‘shortage’, its back to the daily grind…chemical distribution the old fashioned way.  Bags, drums, pallets and truckloads at a time.