Experiences at the Rugby World Cup 2015

I had a pretty amazing day today. Four hours before kickoff, I did not have a ticket to the match.  My man, Victor Ubogu and his staff (thank-you Felicia, and his wife Ang) completely squared me away.  I got a text , go to such and such address to pick up your ticket…  I get there and I peak in and there are some pretty decent former players in there.  Two RWC Champions (David Campese AUS, and Chester Williams RSA) and the great Mark Ella who retired in 1984 after leading the Wallabies to a Grand Slam tour of the UK. 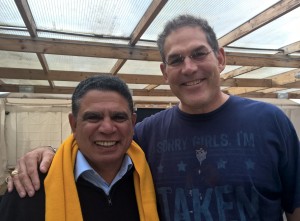 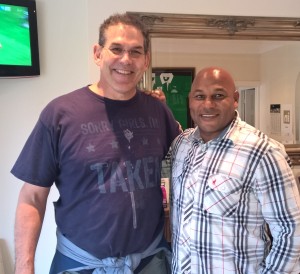 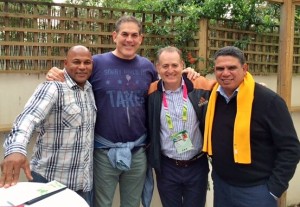 This was the first time I have been to Twickenham in 23 years and 364 days. I know this because the picture posted is from RWC 1991 when we played England and the singing of the anthems (picture shown at peculiarly a very similar angle to the seat I had tonight).  This of course is pre-reconstructed Twickenham.   I am there somewhere. 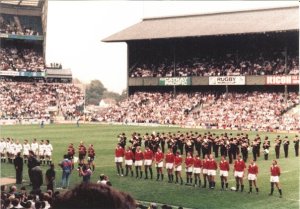 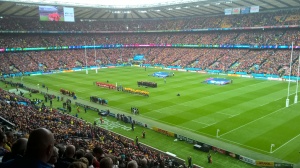 As if that wasn’t enough, the crowd was treated to one of the great rugby matches of all time (perhaps the greatest ever in which not a try was scored) by Wales and Australia.  Both teams fiercely committed,  and Aussie holding off Wales attack for approx. 13 minutes within 10 meters of their line while playing two men down 13 to 15.  Tacking and defensive commitment I have certainly never seen before.

Just an outstanding day all around.